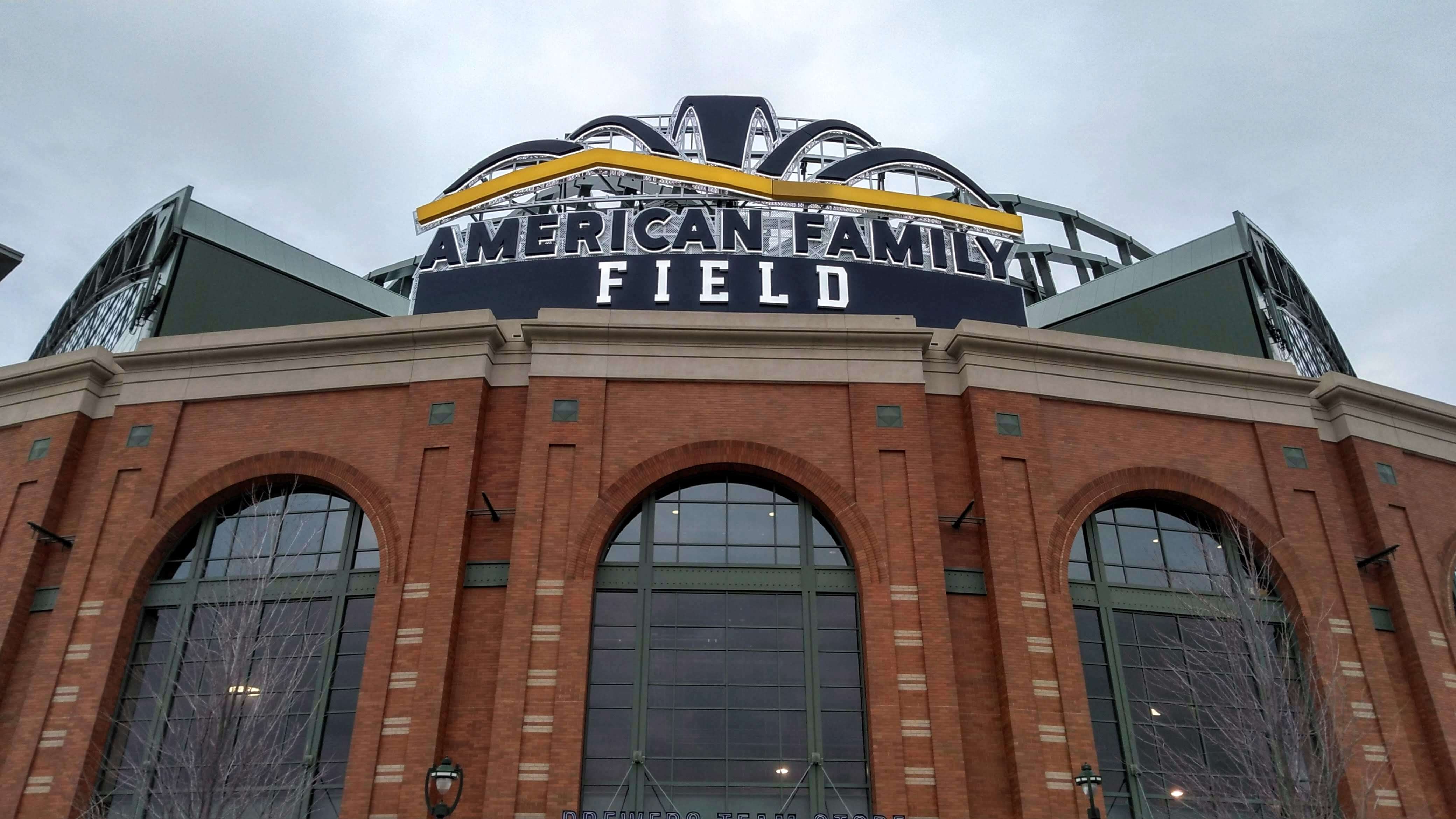 DEPERE, Wis. – Following the announcement of a new naming rights collaboration with American Family Insurance to rebrand Brewers stadium, the Milwaukee Brewers partnered with Jones Sign for the comprehensive Design-Build of the signature stadium identity signage.

Jones worked alongside the Milwaukee Brewers, American Family Insurance, and Hunzinger Construction throughout the nine-month project and managed all aspects of integrating the new brand into the facility and architecture, including conceptual design, design engineering, preconstruction, permitting, modular fabrication, and installation.

“It’s an honor to contribute to an exciting new chapter in the Milwaukee Brewers legendary history by transforming the stadium into American Family Field. We’ve enjoyed working with the Milwaukee Brewers, American Family Insurance, and Hunzinger Construction over the past nine months planning for the new naming launch,” says Jim Merriman, Senior Vice President of Jones Sign. “It’s been a collaborative effort among all parties involved. Very edifying feeling to see the planning coming to life. The entire team here at Jones feels a solid sense of pride knowing we had a hand in the success of a beloved local sports franchise."

The largest of the American Family Field signs will sit above the main stadium entrance where the stadium roof separates to open. Additional signs are being placed above the scoreboard, on two sides of the clock tower, and on the pylon sign along Interstate 94.

Unlike the previous stadium signs that were externally illuminated, the new identity signs will be internally illuminated with thousands of LED lights that cumulatively total more than two miles in length. The main stadium entrance sign contains one mile worth of LEDs alone. Additional statistics include:

The Jones Sign project roster not only now includes work with all of Wisconsin’s professional sports teams, but a multitude of signage and custom fabrication solutions for major venues and sports facilities all over the United States. In fact, Jones has worked on four of the last five facilities awarded Sports Facility of the Year by Sports Business Journal. The award-winning sports facilities that Jones has worked on includes:

Images from the signage installation at American Family Field are available upon request.