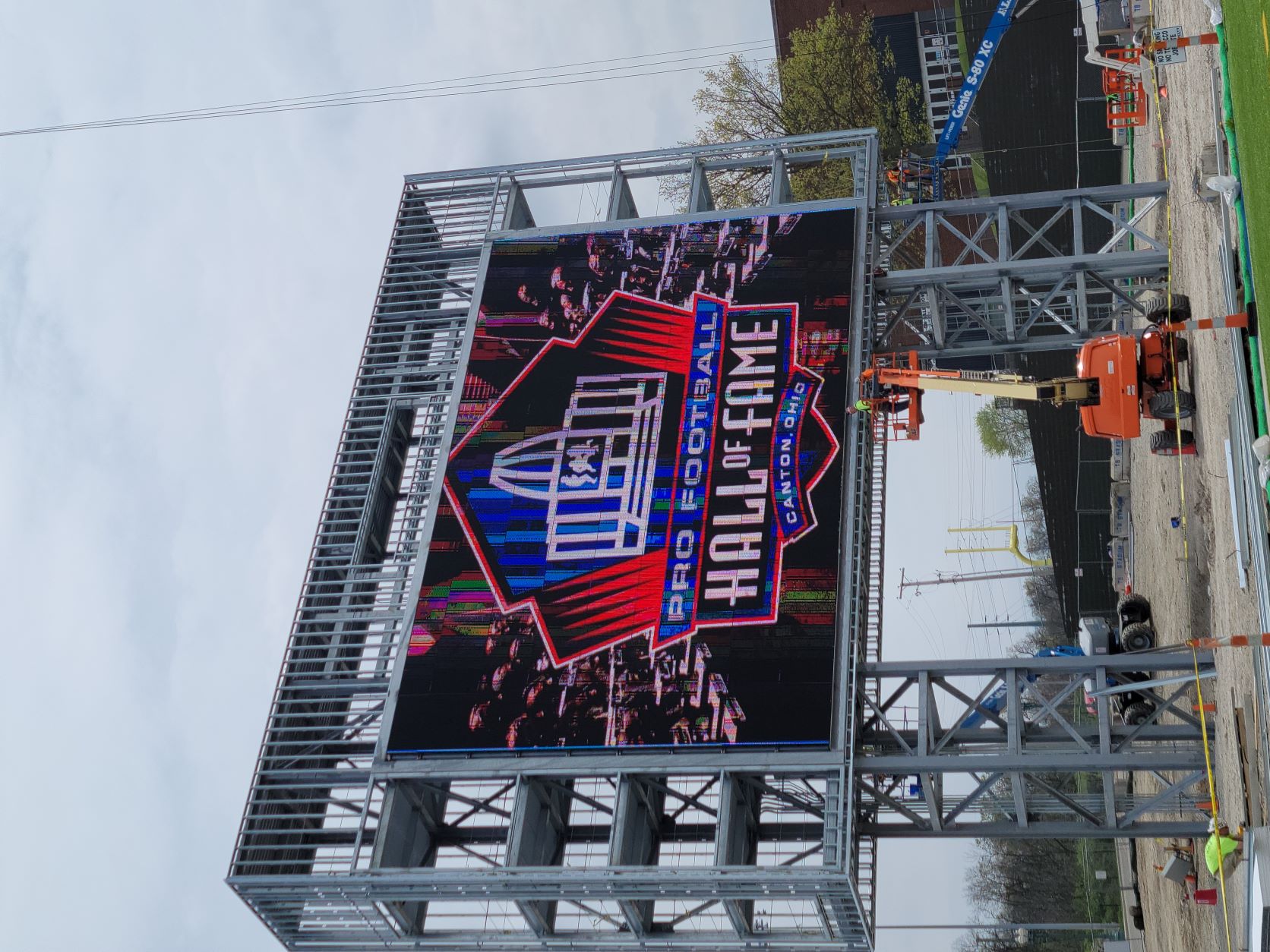 subcontractor by TSAV, a technology and communications company headquartered in Athens,

“We are truly honored to have been part of this extraordinary project,” said Patrick Basche,

Director of Business Development for Jones Sport. “Of course Green Bay is a legendary football

town, so our involvement in this project is especially exciting.”

video board on the east end zone scoreboard structure. They also installed a 50’ x 90’ LED mesh

Benson field from the west end zone. This large mesh board covers a large percent of the

windows on the building, yet occupants inside can still view the stadium and events taking

place. Both video displays have the ability to broadcast live or pre-recorded events.

architect, ARUP, to finalize construction drawings for the Rotunda Spires at the Centennial

Spires and the lattice canopy that surrounds the event lawn. Inspired by the Rotunda of the

original Hall of Fame building, the new Rotunda sculpture gracefully suggests that of a

four-seamed football, establishing an iconic special presence and a memorable landmark for