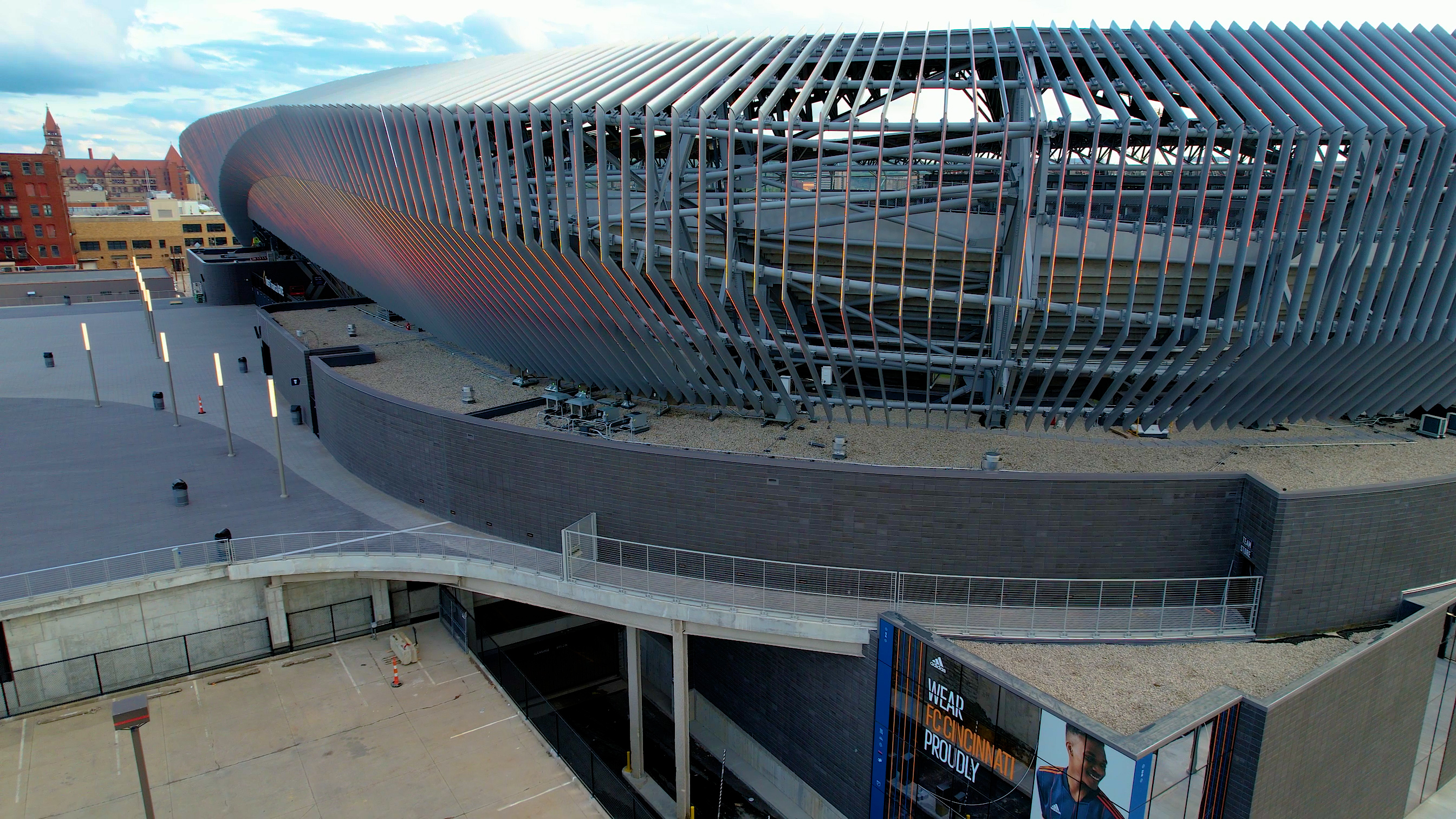 The stadium cladding is a series of specially shaped aluminum fins, which create a geometric shape connecting the roof to the side concourse enclosure around the stadium’s perimeter. Each of the 385 fins is fitted with programmable LED lighting that is controlled with a graphic operating system. When lit and operating, the stadium’s exterior lighting produces nearly infinite hues, graphics, and messages and creates a stunning visual experience. Watch a video produced by FC Cincinnati of TQL Stadium's façade illuminated for the first time with a choreographed light show.

The structure is supported by 46 custom steel trusses, which range from 50-to-80 feet tall. The structural steel was fabricated at the Jones plant in Green Bay, Wis.

Jones sourced the oversized aluminum extrusions from Qatar, which has the only extrusion line capable of handling the size. The lighting components and controller came from Montreal.

Due to the scale of the project, much of the fabrication was done on-site and encompassed 60,000 labor hours over a six-month span. There were no safety incidents on the job despite most of the work done at heights, and there were no reported COVID-19 infections even though construction occurred during the height of the COVID-19 pandemic. Jones completed all work within budget and ahead of schedule.

The design firm for TQL Stadium was world-renowned Populous. The stadium is owned by the FC Cincinnati Soccer Club and replaces the previous venue, Nippert Stadium.